The Act is the single largest investment in America’s national parks and public lands in history, and marks the most significant conservation accomplishment since the presidency of Theodore Roosevelt. 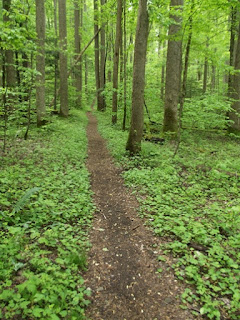 The Great American Outdoors Act provides full, permanent funding for the Land and Water Conservation Fund (LWCF) and creates a Restoration Fund to address the deferred maintenance needs of federal public lands. Funding LWCF at its fully authorized level — $900 million a year — will double what was available in 2019 for states, municipalities and the federal government to conserve land for recreation and wildlife habitats. The Appalachian Trail (A.T.) as we know it would not exist without the support of the LWCF, which has helped protect such varied locations as Blood Mountain in Georgia, the Roan Highlands of Tennessee and North Carolina, the Cumberland Valley of Pennsylvania and community forests throughout New Hampshire and Vermont.

The Restoration Fund will make available $9.5 billion over five years, with $6 billion slated for National Park System units, about $1.4 billion slated for National Forest System units, and $475 million for National Wildlife Refuges. Across all its public lands, the United States has a deferred maintenance backlog of $20 billion. According to the President more than 5,500 miles of road, 17,000 miles of trails, and 24,000 buildings are in critical need of repair. Its estimated that the Great American Outdoors Act will create over 100,000 additional infrastructure-related jobs. 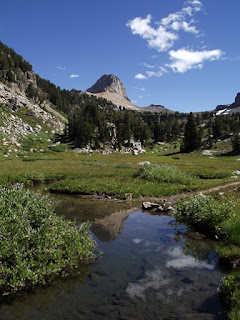 The Grand Teton National Park Foundation has announced on their website that trail crews are currently conducting major restoration work along the Teton Crest Trail in the Hurricane Pass area. This area experienced significant damage from rain and snow melt runoff during the spring of 2016, including one major washout.

The Teton Crest Trail is a 45-mile long distance trail that travels across the high country of Grand Teton National Park, as well as portions of the Caribou-Targhee National Forest. Hurricane Pass is located between Alaska Basin and the south fork of Cascade Canyon.

The GTNP Foundation also announced that restoration work will take place at other areas along the Teton Crest Trail, including Paintbrush Divide and Static Peak Divide.

For more information on the project, please click here. 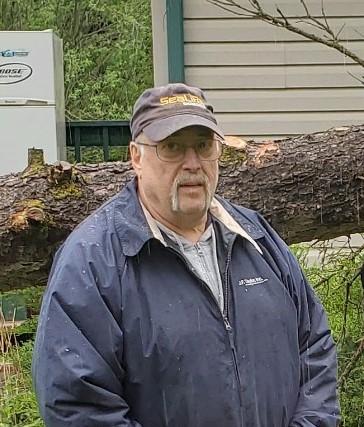 Anyone that may have information or was in the area and saw an individual that fits the description is encouraged to contact the park tip line at 406-888-7077.

On Monday, July 27 at 4:45 pm Glacier National Park received a report that a man had collapsed and was unresponsive on the Siyeh Pass Trail, approximately one mile from the trailhead at Siyeh Bend.

Glacier National Park employees responded from Going-to-the-Sun Road on foot. Other hikers, including the man’s stepson, were performing CPR when National Park Service staff arrived. Rangers also used an automatic external defibrillator (AED) to attempt to resuscitate the victim, but these efforts were unsuccessful.

The 43-year-old man from Waupun, Wisconsin was hiking with his family.

The Glacier County Coroner indicates the death appears to be due to natural causes. 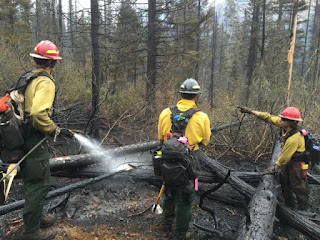 Early in the morning of July 23, a local resident woke rangers at Polebridge Ranger Station reporting a nearby fire. Later, the Numa Ridge fire lookout reported smoke near Ford Creek. Rangers and NPS fire crews eventually found a total of eight fire sites along the Inside North Fork Road between Logging Creek and Kintla Lake. Most had begun in dry logs or brush, but one fire destroyed a historic structure. All the fires were extinguished shortly after being discovered.

The historic Ford Creek patrol cabin was a total loss when rangers arrived on scene. The cabin was built as a “snowshoe cabin” in 1928 and has been used for decades for winter backcountry patrols. The structure was listed in the National Register of Historic Places as having architectural and historic significance, exemplifying the rustic architecture of early park backcountry structures, and the history of Glacier National Park's development and administration. The cabin site is approximately eight miles north of Polebridge on the Inside North Fork Road.

On the evening of July 22, suspicious fires were also reported at the Glacier Gateway Elementary school and at the Summit Mountain Lodge at Marias Pass. Fire investigators are working together to see if those fires may be related.

Anyone witnessing suspicious activity on the night of July 22 or early morning of July 23 in the Polebridge or North Fork area is encouraged to call Flathead Crimestoppers at 406-752-TIPS (8477). All calls remain anonymous. Glacier National Park also has a tip line established, 406-888-7077, if you would like to talk with a park ranger.

The Flathead National Forest is seeking information about an oil dumping incident in the Swan Lake Ranger District on Crane Mountain.

Forest Service staff learned of the incident after detailed reports from the concerned public and discovered multiple 50 gallon and 250 gallon containers. They contained substances that appeared to be oil and other potentially hazardous chemicals. Many of the barrels were leaking and substances were running down the hillside coating huckleberry bushes and other vegetation.

“We have many resources in the county to properly dispose of hazardous materials,” said Swan Lake District Ranger Chris Dowling. “Dumping them in a national forest not only costs taxpayers considerably more to clean up, but also has the potential to damage our ecosystem and recreation opportunities.”

People with information about the incident should call the Flathead National Forest Law Enforcement Office at 406-758-5297. Information can be reported anonymously.

In case you missed this video that went viral this past week, here's your chance to see the woman that played dead to avoid a bison attack. Fortunately for her she tripped as she tried to out-run a charging bison in Yellowstone National Park:

As always, the park asks visitors to stay at least 25 yards away from bison, and to move away if any approach your way.