The public comment period for Sperry Chalet, The Next 100 Years Project closed on April 2. The park received nearly 400 comments. Approximately 72% percent of commenters favored some combination of concepts one and two proposed by the National Park Service in February. Those concepts outlined scenarios to use the existing remnant walls of the Sperry Chalet dormitory building to rebuild the chalet with some modernization, while retaining defining historic features and character. The Sperry Chalet dormitory building was badly burned during the 2017 Sprague Fire in late August. 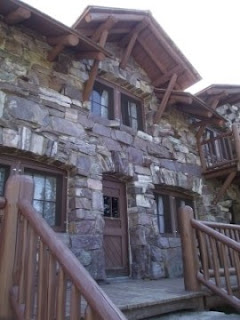 Approximately 5% favored concept 3, which proposed to build a new dormitory building in a different location, and 5% favored concept 4, which proposed tent-like structures to provide overnight accommodations. Some people also wrote in suggesting other ideas not identified in the scoping newsletter, including approximately 4% of commenters who favored allowing the area to return to a natural state. An additional 14% of comments offered slightly different concepts including such things as further fire or avalanche protections, or a hostel-type dormitory.

The public can expect to review and comment on the draft environmental assessment in mid-April for a 15-day review period. The park plans to issue a final decision by mid- May.

The environmental assessment will be posted on the National Park Service Planning Website and the park will issue another press release when the comment period opens. The initial project newsletter released in late February outlining the four preliminary concepts is still available online.